As promised in my somewhat lengthy “Hello World” post, although much later than intended, I finally got down to writing a follow-up post. I remember one of the very first lectures during my uni course – when assembly language was being introduced. Nothing too deep, really. However, I recall a statement being made, that probably still lives in the minds of the many that heard it (and perhaps even more that didn’t). Namely – that assembly code is not portable. In this post we’re going to take a look at how misleading that statement is and explore writing polyglot assembly code.
Read more
It is a long honored tradition for IT texts to start with these famous words. Over the years, the languages have evolved, so did the paradigms by which we write our code – yet almost every book or tutorial, on any language, still begins with this simple piece of software. Since I don’t want to stir things up and be some kind of a rebel this blog shall not be different – in this particular case.
Read more 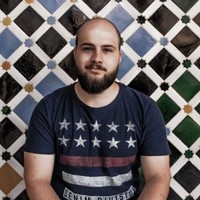